The Council on African Studies congratulates four of its graduate affiliates on accepting tenure track positions at universities across the US. The affiliates, Doyle Calhoun, Amanda Joyce Hall, Marius Kothor and Thuto Thipe will start their new roles as assistant professors beginning this fall.

Doyle Calhoun GRD ‘22, will join Trinity College (Hartford), Department of Language & Culture Studies (French) as Assistant Professor of Francophone Postcolonial Studies. His current book project, is based on his dissertation, which traces a long history of suicide as a response to colonizing violence and slavery in the French Atlantic world, West Africa, and the Maghreb by bringing together a rich and varied corpus of literary and cinematic works, archival materials, theoretical and historical texts, oral histories, scientific treatises, and visual art. His second project examines unconventional narrators in African and Afro-Caribbean fiction, showing how subversions of voice and narrative authority function as means of staging identities under threat or under erasure. He is also working on a long-term collaborative project with Cheikh Thiam (Amherst) on a bilingual anthology of Léopold Sédar Senghor’s essays. 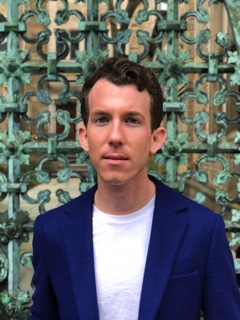 While at Yale, Calhoun had the opportunity to teach French language courses and during the Fall 2021 semester taught alongside his advisor, Jill Jarvis, in a literature, film, and theory seminar Decolonizing Memory. At Trinity, he is looking forward to teaching a range of courses related to Francophone literatures and visual cultures in both the department of Language & Culture Studies as well as International Studies/African Studies. This fall, he will be offering an advanced seminar which he designed called “Ghost Stories: African and Afro-Caribbean Narratives from Beyond the Grave” which focuses on how (un)dead narrators expand our understanding of narration and voice and how literature provides forms for reckoning with ghosted histories, especially as these relate to the French Atlantic slave trade and colonial and state violence in West Africa and the Caribbean.

Calhoun views his research and teaching as participating in and helping to push forward an ongoing effort in French Studies to expand what “counts” as literature in French, to grapple with the ongoing legacies of Atlantic slavery and colonization, and above all to center African writers, African languages, and African epistemes. At a moment in global history when a majority of the world’s French speakers live on the African continent, French Studies as a discipline must evolve to reflect this reality. 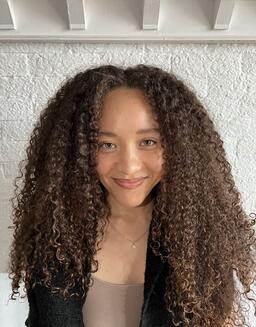 Amanda Joyce Hall GRD ’22 will join the History department at the University of Washington-Seattle as an Assistant Professor in the fall of 2023. She recently completed a dissertation fellowship at the University of California Santa Barbara, where she worked on developing her PhD dissertation into a book manuscript. The dissertation focuses on movements in western countries against South African apartheid during the 1970s and 1980s. It centers the leadership of Black and Indigenous activists and organizations as they fought both local and international struggles against apartheid colonialism. She looks forward to deepening her studies of anti-apartheid work and expanding it to think about Black women’s anti-colonialism.

Prior to joining Yale’s History Department, Hall was a middle school special education teacher in the South Bronx. She credits that experience with shaping how she currently runs her undergraduate classes. She focuses on teaching students to learn relationally and to get into genuine conversation with each other. She says that “Fostering relationality teaches students that we are all collectively responsible for each other’s learning—everything that it entails from challenging, affirming, to breaking it down for each other. I think that’s what it means to teach.”

Her fellowship in the Black Studies department at UCSB gave her a chance to develop her own course on U.S. Foreign policy toward Africa. Later this year, Hall will join the Black Studies department at Northwestern University as a postdoctoral fellow. While there, she looks forward to teaching a remix of the course “African Liberation and U.S. Foreign Policy” and “Intro to African American History I.” The latter takes Hall out of the time period of her research, a challenge she welcomes as it nourishes her creativity, revives the student within her and allows her to develop a more enriched world historical understanding of the phenomena and relationships that have guided her research over the last decade.

When asked whether she feels a unique responsibility or pressure of teaching in this moment in global history, Hall says “Not pressure, not responsibility, but a mandate. We are living in a chronic state of emergency and it is completely existential due to the converging threats of racial capitalism, environmental crisis, and imperialism. Drawing from a Black Studies perspective, I believe that teaching today must reveal systems of domination, expose and analyze the material realities of our present circumstance, and illuminate past methods of resistance, organizing, and other ways of being. My message to anyone in the academic world is that your teaching should be audacious in its contribution to our collective freedom.” 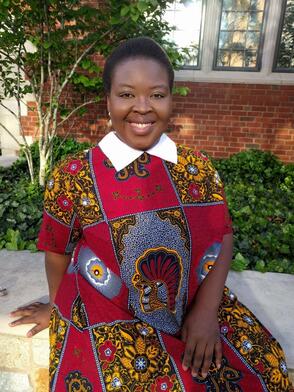 Marius Kothor is a PhD candidate in the department of History. She is currently completing her field work in West Africa and has received a Mellon/ACLS Dissertation Completion Fellowship to finish writing her dissertation next year. In the fall of 2023, she will begin the Anna Julia Cooper Postdoctoral Fellowship at the University of Wisconsin-Madison and join their History department as an Assistant Professor in the fall of 2024. Her dissertation project demonstrates how a wealthy group of Togolese women cloth traders, known as the Nana Benz, used the wealth they acquired from selling European-manufactured textiles to shape political movements that spanned French Togoland (Togo), British Togoland (Ghana), and the Gold Coast (Ghana). The project reveals the role these women played in the expansion of consumer economies during colonialism and shows how profit-driven incentives became critical motivations in decolonization movements in the region. The Nana Benz’s political influence also extended to the United States where African-American periodicals including The Crisis, Ebony, and Essence magazines depicted them as embodiments of Black liberation.

Reflecting on her teaching experience at Yale, Kothor says “I have been incredibly lucky in that I have had the sharpest, most generous, and thoughtful students. This has made my work as a teacher incredibly productive and enjoyable. In my classes I utilize oral histories, photographs, and visual artworks to bring students closer to the fears and hopes that animated people’s lives in the past. My engagement with multiple sources and methods are part of my commitment to a decolonial pedagogy that views everyone and everything as rich sources of knowledge production.”

Kothor is excited to be joining an institution with a long and storied history of excellence in African Studies. She looks forward to working with colleagues across departments at UW-Madison to teach classes that encourage students to push against methodological and disciplinary boundaries and chart new paths towards a deeper understanding of the African past. Kothor considers this to be an exciting time to be a historian of Africa, and observes that student enthusiasm for learning about Africa is increasing along with wider representations of the continent in popular and social media. Given the amount of knowledge students are bringing to the course material, she feels a sense of responsibility for creating a classroom environment in which all students feel their unique experiences and ways of understanding knowledge production can contribute to class discussions. As an African woman, and a first-generation, working-class scholar, Kothor views diversity as an educational resource and is deliberate about creating environments in which all students feel that their perspectives are valued. 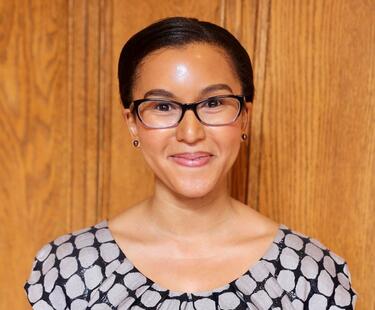 Thuto Thipe GRD ‘20 will join the University of Chicago’s History Department as an Assistant Professor in the fall of 2022. She is currently a lecturer at the Center for African Studies at the University of Cape Town. Her work focuses on race, state formation, and land rights in late nineteenth through mid- twentieth century South Africa. At the University of Chicago, she will be working on her book manuscript, currently titled Black Freehold: Landownership in Alexandra Township, which examines black urban life in Alexandra Township, near Johannesburg, over roughly seventy years. Alexandra Township was one of a limited number of areas in South Africa where black people could own land through private property rights. The study examines the material, social, political, and cultural developments that private landownership made possible for black landowners and their tenants, and how these developments led to the South African state forcibly moving tens of thousands of Alexandra residents, demolishing large sections of the Township, and outlawing landownership in the area. Black Freehold moves from the most localized level of home architecture and interior design, to the Township’s local governance institutions, and to Alexandra’s town planning and infrastructural growth over decades. While this work focuses on South Africa, it also draws connections between black freedom struggles and processes of urban development in this context and those in other African cities and in the United States.

At the University of Cape Town, teaching at undergraduate and graduate levels has been significantly impacted by the limitations caused by the pandemic. Some of Thipe’s undergraduate courses had close to 200 students who, as reflective of South Africa’s broader inequality, were working from vastly different home environments. Some students had unlimited internet access and dedicated work spaces, and others no electricity and difficult contexts in which to work.  To try ensure that as many students from as many different backgrounds as possible could continue with their studies, her department decided to primarily offer asynchronous lectures. A challenge in this context became condensing content enough for students to be able to download relatively small media files in remote areas, while still delivering rigorous, contextually grounded lectures. In one of the few synchronous sessions Thipe taught early in the pandemic, in a course titled “African Political Thought”, she brought into conversation the decisions that her department made around how to deliver lectures during emergency remote teaching and decisions that African political leaders made in processes of state formation in the early years of independence. In this discussion the class examined the ideological frameworks that underpinned different policy positions in various newly independent states, and read these against the implementation of economic policies that needed to both respond to the economic impoverishment that colonial states left and articulate a vision for realizing a prosperous new state. This exercise sought to remove from abstraction ideas about how states’ political and economic policies respond to the legacies of colonialism and show how these challenges continue to apply in decisions in African institutions today.

Thipe is excited about bringing her current research into the classroom and thinking through questions of inequality and Black world making with students in her new position. She also looks forward to bringing her experience of teaching and researching in an African university to her teaching on Africa at the University of Chicago.