As we look back on one of the most challenging academic years on record, there is good news to celebrate. Across various departments, the Graduate Affiliates of the Council on African Studies have continued to push their research forward despite the unique demands and disruptions that the pandemic has placed on their work. History doctoral candidates, Yasmina Martin and Tony Yeboah, not only completed their qualifying exams and first years of teaching during the pandemic, they were also awarded prestigious fellowships from the Fulbright program and the Social Science Research Council (SSRC) respectively.

Yasmina Martin’s Fulbright grant will allow her conduct archival and oral history research in Tanzania. This work will support her dissertation project which examines the history and legacies of the South African National Congress (ANC) members who were exiled in Tanzania during the latter half of the twentieth-century. After the infamous Sharpeville massacre in March 1960, the South African government banned organizations combatting apartheid across the country. Consequently, members of the ANC went 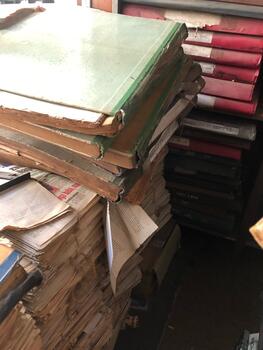 underground in the country while others went into exile abroad. One of the places they landed abroad was in Tanzania which came to serve as a “frontline state,” for a number of exiled African leaders struggling against colonial rule in their native countries. Yasmina aims to “map an intellectual as well as a social history of the ANC in exile by examining the lived experiences of ANC figures and their participation in forging Pan-Africanism and South African nationalism from Tanzania.” During her research year, she will conduct archival research at the Tanzanian National Archive in Dar es Salaam, the Tanzania National Library, and the East Africana Library at the University of Dar es Salaam. Yasmina’s work in Tanzania will be enhanced by the extensive coursework she took in Kiswahili under the direction of CAS’s Dr. Veronica Waweru. 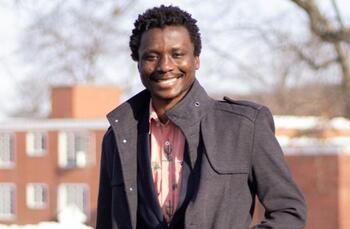 Tony Yeboah’s dissertation research, which was awarded a fellowship from the Social Science Research Council, straddles the nineteenth and twentieth century at a moment of rupture in history of the Asante Kingdom. His project takes the year 1874 as the point of departure.  That year, a British military expedition invaded and destroyed Kumase, the capital of Asante, thus defeating the West African empire after decades of warfare. As Tony explains, the destruction of Kumase “forced the local people to endure a spatial disconnection that dramatically affected Asante culture, nationalism, and state security.” The British saw the destruction of Kumase as an opportunity to reimagine the urban landscape of the city within the ideologies that underpinned colonial rule in sub-Saharan Africa. But as Tony’s research aims to reveal, the people of Kumase also had 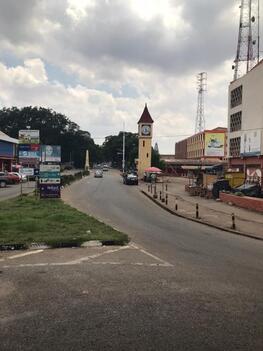 their own ideas about how their city should be rebuilt. Accordingly, the “Asante people creatively reimagined notions of community-making, legitimacy, and belonging during the rebuilding of the city.” To reveal the complex contestations and negotiations that went into the rebuilding of Kumase, Tony will spend 2022 in Ghana where he will conduct archival and oral history research in national and regional archives in the cities of Kumase, Accra, and Cape Coast.

In addition to their academic work, Yasmina and Tony have contributed enormously to the Council on African Studies community by moderating panels during the annual symposium, presenting at the working group meetings, and participating in the lecture series. The CAS community congratulates Yasmina and Tony on their fellowships and all their achievements this year. We look forward to seeing the various ways their projects will grow and develop during their research year and beyond.