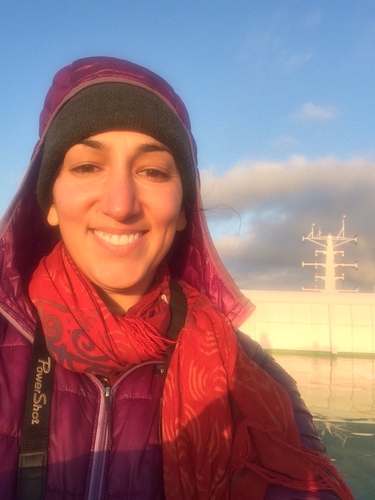 Though Fox International Fellows hail from different countries, represent a diversity of backgrounds, and embark on the Fellowship with distinct projects and goals, we all clearly share something in common: we’re excited about traveling to someplace new.

That was certainly the case for me when I applied to be a Fox International Fellow at the University of Ghana. I wasn’t just excited about the research I’d be doing on cocoa—the key ingredient in chocolate—and how cocoa farming could adapt in the face of climate change.  I was equally, if not more, excited to simply be relocating to Ghana, a place I’d never been before, to meet new people, to see new things, and to try and contextualize myself in the big, wide world. Over the past decade, I’ve lived, worked, and studied in more than 75 countries, and it seems the more I see of the world, the more I want to see. Moving to Ghana, the world’s second largest exporter of cocoa beans, seemed a perfect way for me to marry my love of travel with my background in food systems, and my studies in Forestry and Global Affairs.

Yet travel, like chocolate, can be bittersweet. Flying leaves an enormous carbon footprint: in taking just one long-haul flight to Ghana, I would’ve generated more carbon emissions than the average Ghanaian produces in a whole year. This seemed especially misaligned with my work, as my time in Ghana would be spent largely among cocoa farmers, who are disproportionately vulnerable to climate change.

So, I decided not to fly. Instead, I walked from my apartment in New Haven to Union Station, and took a train to New York. Then I took another train to Montreal. And another train to Halifax. After that, I boarded a cargo ship and spent eight days crossing the Atlantic Ocean until we reached Liverpool. From there I took a series of commuter trains to London, and then onto Brussels, where I spent a week interviewing chocolatiers and learning about the fascinating world of cocoa finance. A quick train to Antwerp—by some accounts the most beautiful train station in the world—and then I stepped aboard another cargo ship, this one bound for West Africa. We sailed for a month, stopping along the way in Lisbon, Casablanca, Freetown, Cotonou, and Lagos, before turning back toward Tema, Ghana, where I disembarked and took a taxi to the University of Ghana.

The 42 days I spent in transit were among the most interesting and productive of my entire life. Largely free from the distraction of cell phones and internet, I was able to deeply read and annotate the 30 books I brought with me, nearly all of them books on cocoa and on the history of West Africa. I met all sorts of people, especially people working in ports and on ships, and was able to listen to their stories, and put faces to the formerly invisible hands that move goods around the world. During this journey, I was able to write more than 300 pages, while taking periodic breaks to watch the dolphins, whales, and stars along the way.

Most importantly, I saw what I was traveling through. The world wasn’t something hidden under a mass of clouds for the duration of a transatlantic flight, layovers were not the windowless assault of duty-free shops, jetlag didn’t crawl into my bones begging my body not to move faster than the sun could catch me.

I arrived in Ghana both rested and awake to the reality into which I was to become a part of, having read all of the materials I would have never found the time to read had I continued my busy life as usual. I arrived with a mind that was quiet and focused, and I found it much easier than normal to interact with new people. The quality of my conversations and my writing improved. I arrived with a palpable sense of distance, of how far I truly was from my apartment in New Haven, and with a better understanding of the forces that it took to bring me to the shores of Tema. I arrived on a ship that would carry cocoa beans to Europe, and then onto North America, tracing and retracing the routes of the triangle trade, following the winds of a haunting past, winds which still shape the coastlines of the present. 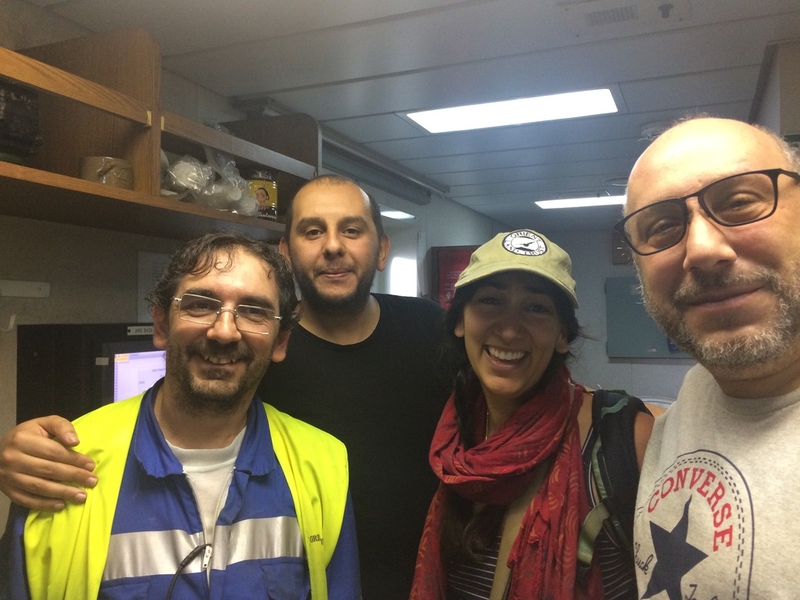 Sigman says a fond farewell to the captain and officers of the Grande Dakar as she disembarks in Tema, Ghana after a month without stepping foot on land.

When I applied for the Fox International Fellowship, I imagined that my research would culminate in the publication of a white paper, or blog posts, or—if I was lucky—a peer-reviewed article. Now, however, thanks in large part to how my journey changed my thinking about the project, I am in the process of writing an entire book on cocoa. Slow travel at once significantly decreased my carbon footprint while massively expanding my world. It made me a stronger scholar, a more attentive listener, and—I think—a better Fox International Fellow.

Written by Emily Sigman, a 2019-20 Fox International Fellow. She is a National Science Foundation Graduate Research Fellow pursuing dual degrees at the Yale School of Forestry and the Jackson Institute for Global Affairs. Emily’s research interests include food systems, inter-species relationships, and social-ecological systems and restoration. She shares her work widely in blogs, articles, and books, and through conference presentations and public lectures. Emily also regularly organizes interactive community events and knowledge-sharing workshops. She speaks five languages, and enjoys—among much else—gardening, foraging, swimming, hiking, dancing, crafting, and spending time with animals, including humans. Emily is an advocate for slow, low-carbon transportation and began her Fox International Fellowship by traveling from New Haven to Ghana entirely by commercial freighter ship and rail.