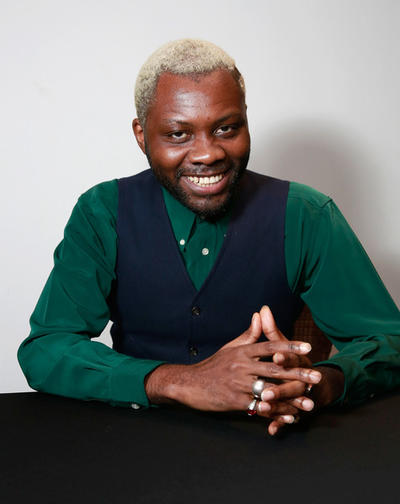 Joseph a. Adesunloye is a British-Nigerian filmmaker. At the 60th BFI London Film Festival 2016, Joseph was nominated for the BFI IWC Schaffhausen Filmmakers Bursary Award for his feature directorial debut White Colour Black.  Joseph graduated from the University of Aberdeen with a Masters of Arts English Literature & Film Studies. He later attended the London Film Academy where he completed a filmmaking diploma, focusing on directing and screenwriting. After graduating in 2008 he started freelancing in film and set up his own film production company, DreamCoat Productions.  Joseph established Screening Africa and soon began programming for film festivals including Film Africa and runs South by South a quarterly African film programme at the South London Gallery. In 2012 Joseph was commissioned to direct a play he co-wrote as part of Nigeria’s Olympic celebrations. Labalaba was adapted from a feature screenplay of Madame Butterfly.  In 2014 his short Beyond Plain Sight premiered at Raindance and was nominated ‘Best British Short Film’ and went on to play BFI Flare, London Short Film Festival and other festivals across the globe.