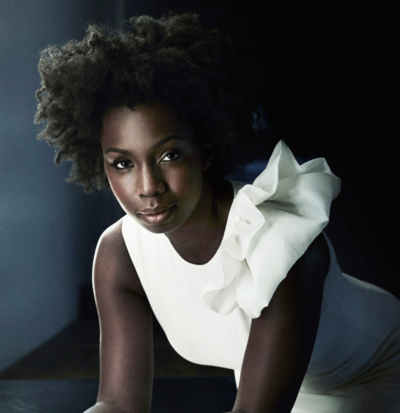 Adepero Oduye is an Nigerian-American actress, director, singer, and writer. She is known for her leading role in Pariah (2011), as well as supporting roles in 12 Years a Slave (2013) and The Big Short (2015) and When They See Us (2019). All projects received widespread critical acclaim. Adepero is also the director and writer of two short films, Breaking In (2014) and To Be Free (2017), both of which have screened at numerous film festivals to wide acclaim.

Adepero was born in Brooklyn, New York, one of seven children of Nigerian parents. Although she graduated pre-med from Cornell University, she decided to pursue her passion for acting upon graduation. She has studied acting with Wynn Handman, Austin Pendleton, and Susan Batson. Her theatre credits include Danai Gurira’s play Eclipsed, at the Yale Repertory Theatre; The Bluest Eye, at the Hartford Stage and Long Wharf Theatres; and Fela!, in the AEA workshop, directed and choreographed by Bill T. Jones. Among the other shorts that she has starred in are Gabriele Zamparini’s Water; Russell Costanzo’s The Tested; and Nadiah Hamzah’s Sub Rosa. She has made guest appearances on such television programs as Louie and two Law & Order series.